These days it's not very common to hear of high school sweethearts who fall in love, stay in love, and get married. But that is exactly what happened to two Southridge alumni who recently tied the knot.

For Marisa Friisdahl and Amit Kainth, Southridge proved to be much more than a place where they studied, participated in fun activities, and graduated.  It was also the place they met their soulmate and fell in love.

Their story began in 2002 when Marisa started Grade 8 at Southridge and Amit Grade 9. They had the same circle of friends and both participated in many team sports at the school. "Amit found out I had a crush on him and later asked me out. We went on the typical cliché South Surrey date – to White Rock beach," says Marisa.

The couple credits Southridge for giving them the tools to be successful while staying grounded. "We loved our experience at Southridge. The teachers and coaches were incredible, and we made so many lifelong friendships there," she said. In fact, out of Amit's 12 (yes, 12) groomsmen, half of them were close friends he met at Southridge.

But their relationship didn't come without its challenges. After graduating from Southridge, they went to different universities and dated long distance for more than five years while finishing their respective degrees. Amit completed a biochemistry degree at UBC, while Marisa was working towards a Bachelor of Science degree at the University of Toronto. "By the time I transferred to UBC, Amit had moved to Seattle to work at the UW Medicine Center. However, I always tell people that our time apart is what made it work in the end. We were able to mature, grow, and develop ourselves individually, which I think helped make it long lasting."

In 2016, they were both living in Seattle and working at Harborview Medical Center, which is where they got engaged. "I was on shift in the operating room that day and I thought Amit was working offsite," says Marisa.

"Some of my colleagues asked if I could help participate in an educational video to help train new nurses. They began filming us prepping a patient in the operating room. I started applying pieces of surgical drape to someone on the operating table with only his hand exposed. As I went to grab the final piece, the words 'Marisa, will you marry me?' were written on it. I thought it was a joke, but then I realized Amit was the one lying on the table. He proceeded to get down on one knee and asked me to marry him – it was perfect." 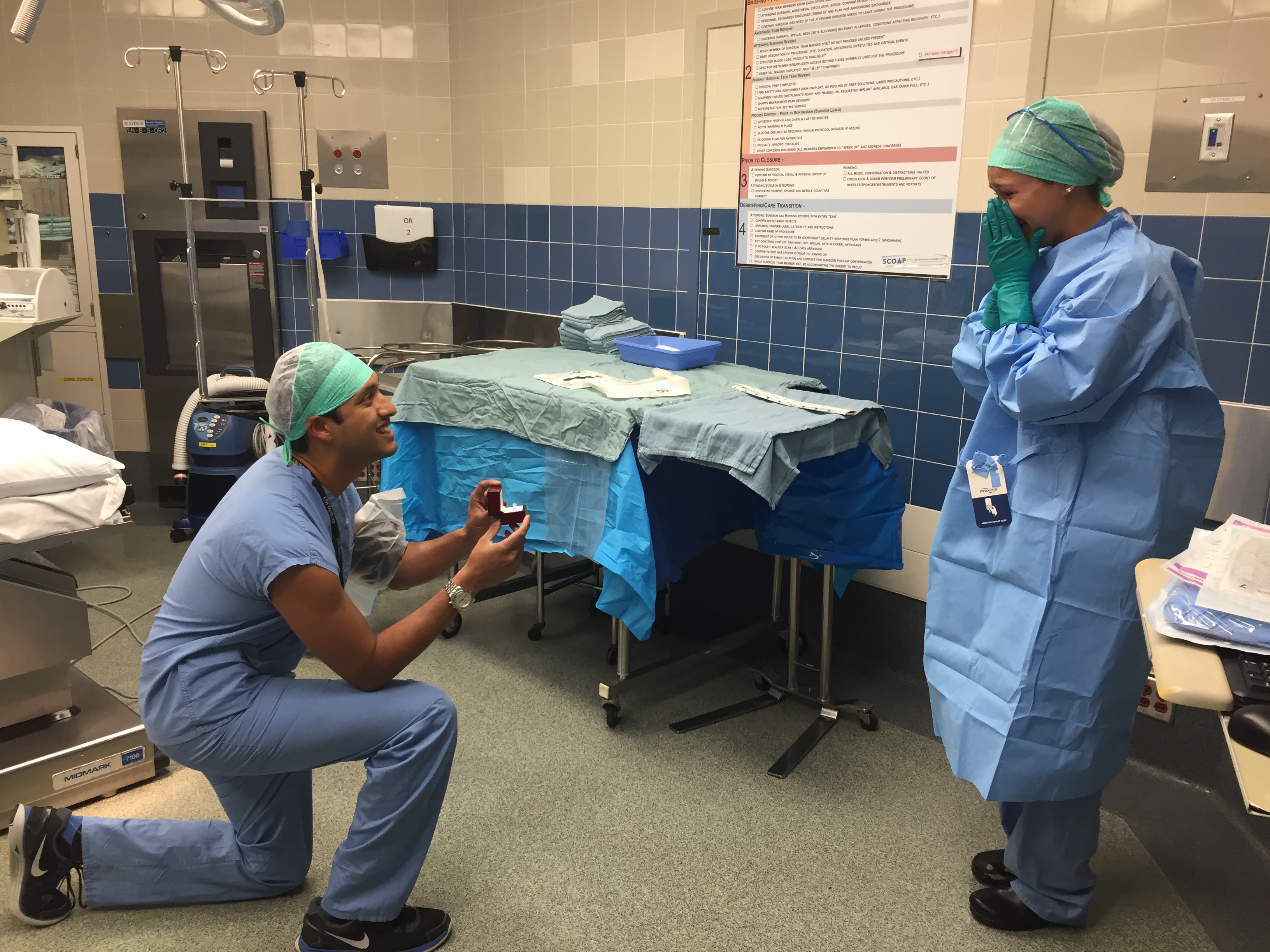 This past September they tied the knot, and it wasn't your average wedding – it was six days of festivities incorporating their families' blended background and faiths.  "Amit's father is Sikh, and his mother is Hindu," Marisa said. "My family is Catholic. Therefore, we wanted to incorporate all three religions into our wedding." This made for almost a week of celebrations, including a welcome party for family and friends, a Sikh ceremony, a Hindu ceremony, and a Catholic ceremony. On the Saturday, they wrapped everything up with a final reception. 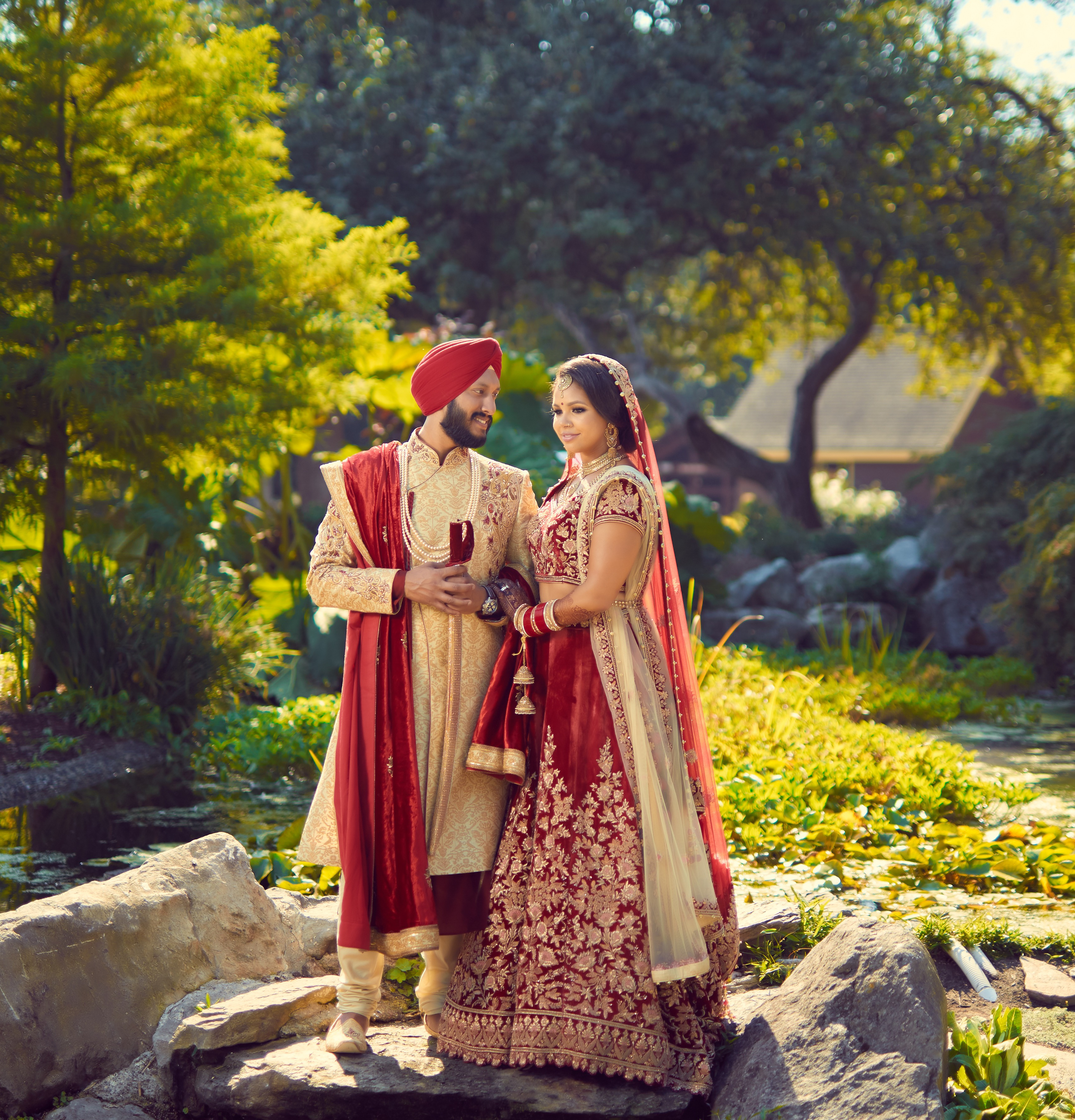 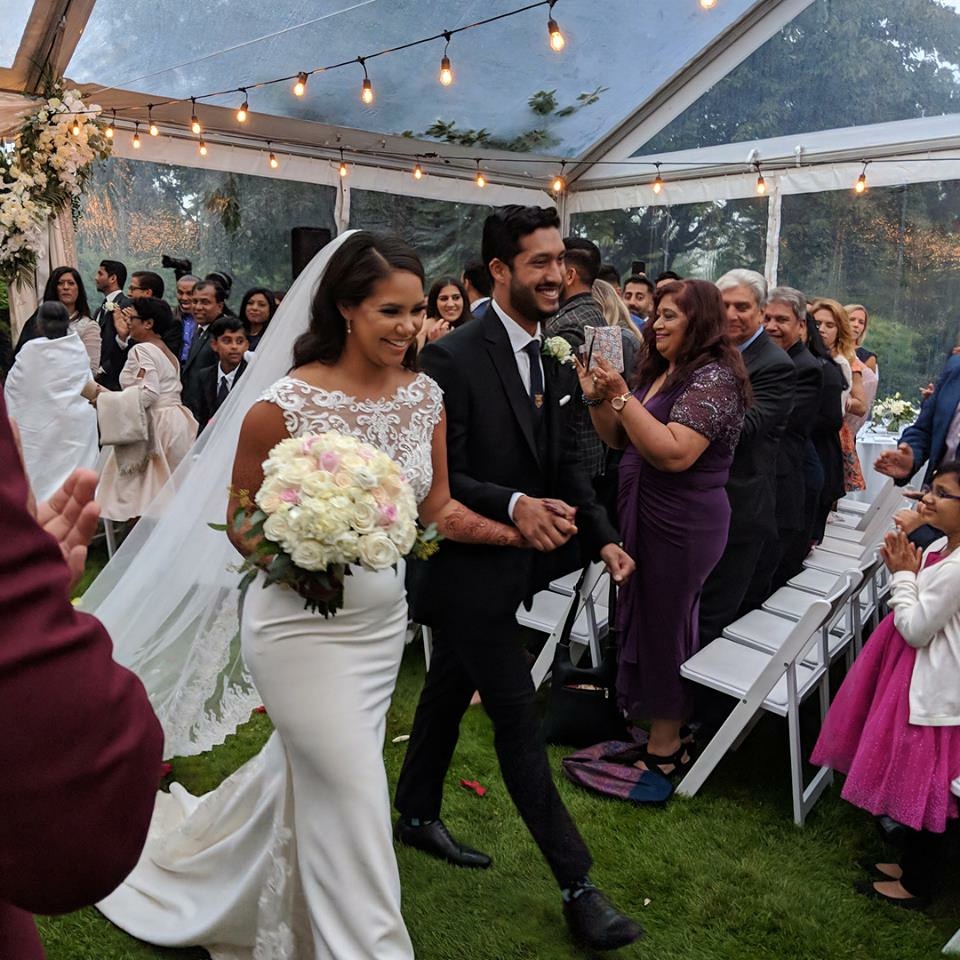 Of course, with several different ceremonies and events, that meant several different outfit changes for the couple and their loved ones. "We were lucky enough to go to India back in February with both of our families to shop for wedding attire and do some sightseeing. That trip was really special and is something we will remember for a very long time."

Their wedding photos over the six days are colourful, eclectic, and fun, just like the couple themselves. They even came back to Southridge to take some shots around campus. "From the moment we got engaged Amit and I agreed that we should get some photos done at the school where it all began. It was nostalgic coming back to Southridge and seeing the school again, which was both familiar and different 11 years later." 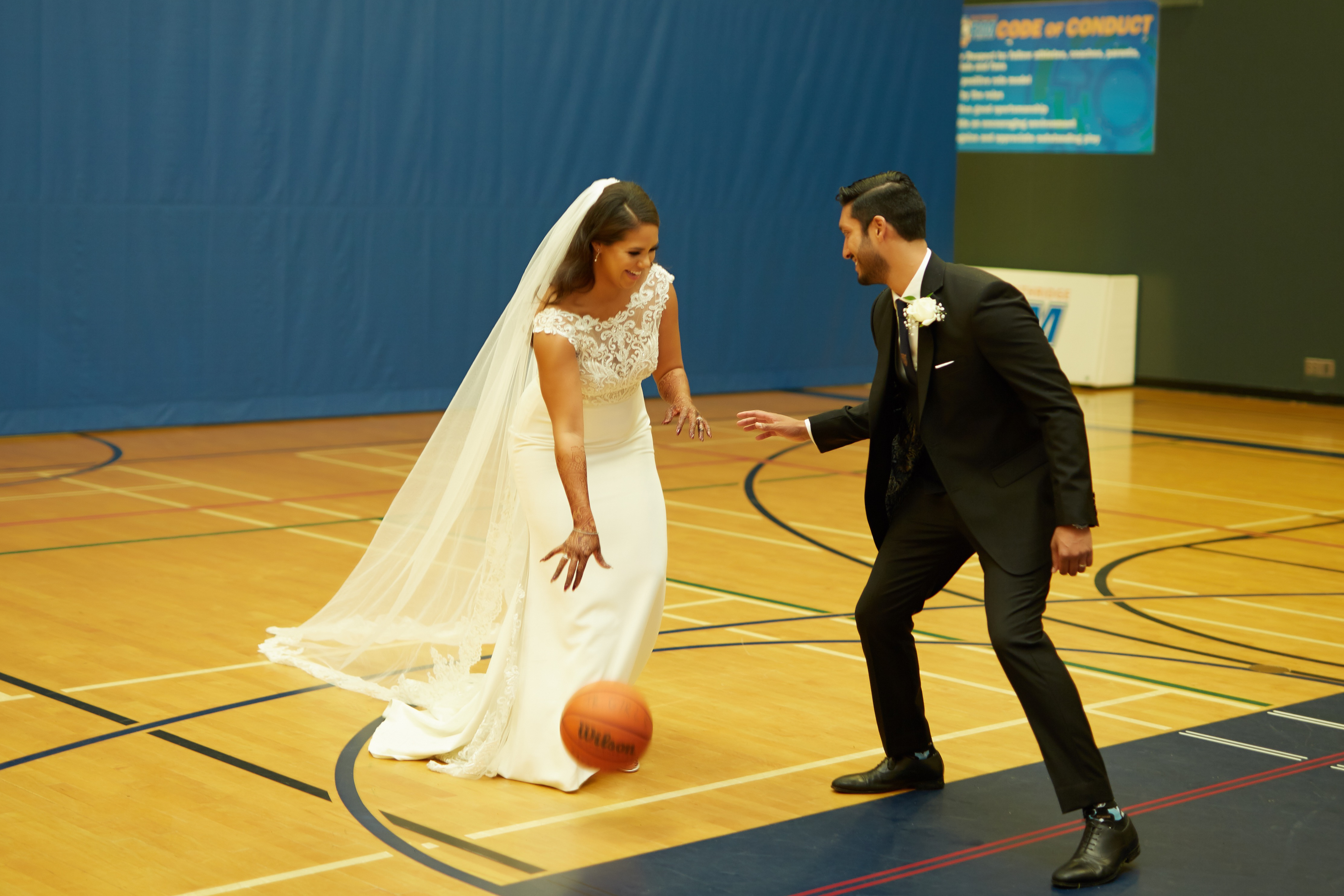 The couple are currently living in St. Louis, Missouri. Amit is the Chief Resident of General Surgery at St. Louis University School of Medicine. He will graduate this coming July and then start his fellowship in Vascular and Endovascular Surgery.

Marisa is a Registered Nurse in the operating room and is completing her Masters as a Nurse Practitioner at St. Louis University. After that, they hope to move back to Vancouver, or somewhere in the Pacific Northwest where they can be closer to their families. But one thing is for sure, they are grateful for meeting each other back in the halls at Southridge and for everything that life has brought them after that.

"We can't wait to see where life takes us from here."

Congratulations to the happy couple and best wishes for your future together! 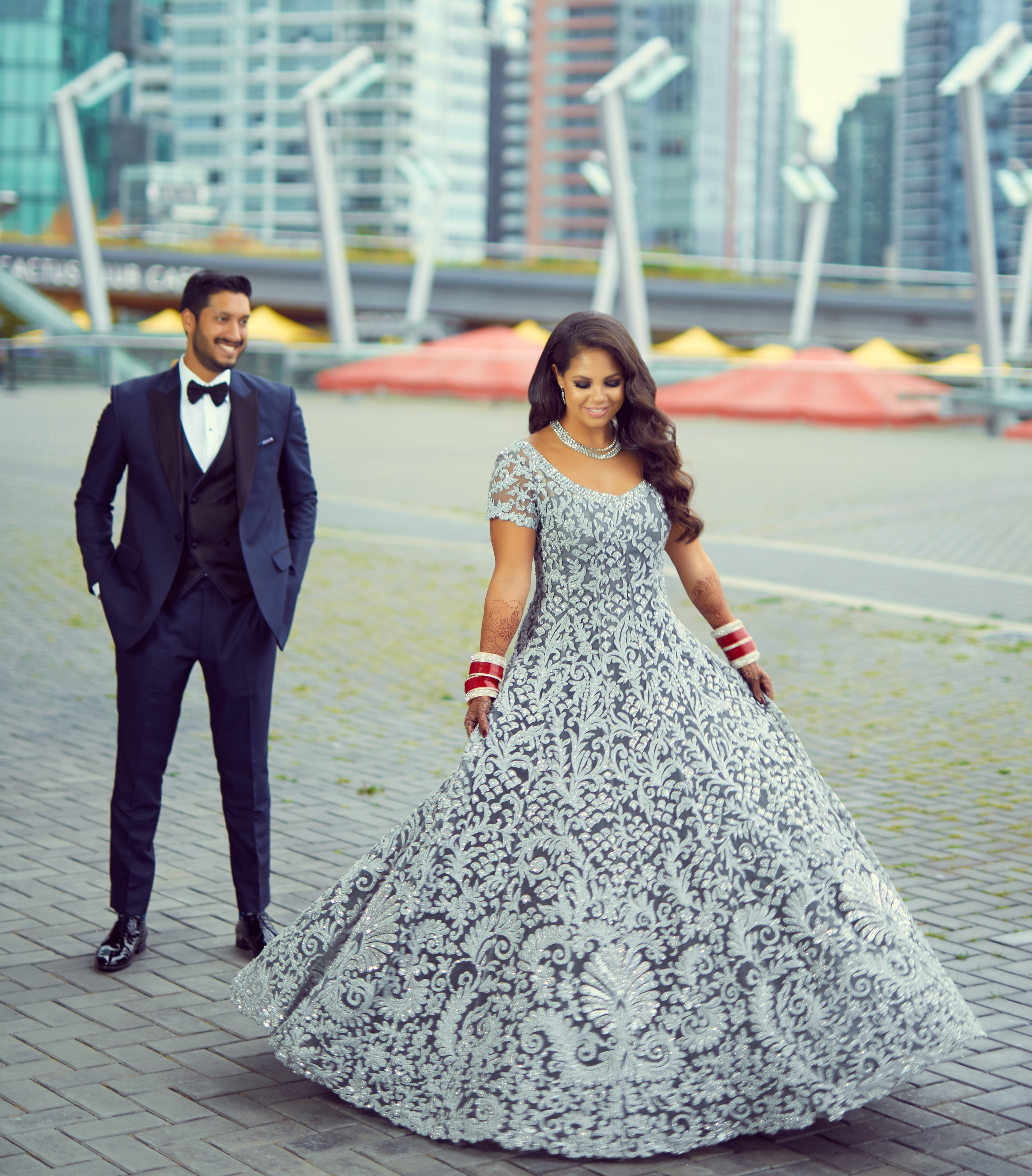