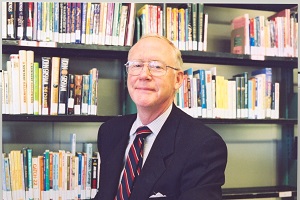 We are all one in our vision of a school that will be here for our children’s children. Strong endowment funds ensure a strong Southridge.

We currently have several named endowment funds,valued at over $2.9 million. Although an endowment can be established to support any number of areas within Southridge, all of our endowments currently support awards and bursaries for students.

Alan Brown Memorial Endowment Fund
This fund was initiated to honour the founding head of our school, Mr. Alan Brown, who passed away on December 23, 2009. Interest generated from the fund will be used to provide financial aid for girls who would otherwise be unable to attend Southridge.

Carol E. Levy Memorial Endowment Fund
This three year, full tuition award was initiated through a gift by the Levy family in memory of Carol Levy, a founding parent and staunch supporter of Southridge School. Each year the bursary is offered to a new student entering Grade 10 who is well-rounded, of good character, and who without the endowment, would not likely have the opportunity to attend Southridge School.

Gibson Family Memorial Scholarship
The Gibson Family Memorial Scholarship for Service has been made available through the generosity of Ms. Penny Gibson in memory of her parents, Dr. John James Gibson and Mrs. Freda Gibson who made extensive contributions to their community. The award is presented annually to a graduating student who has demonstrated a commitment to community service/involvement and who is community-minded.

Learn more about our Senior School scholarships and bursaries.