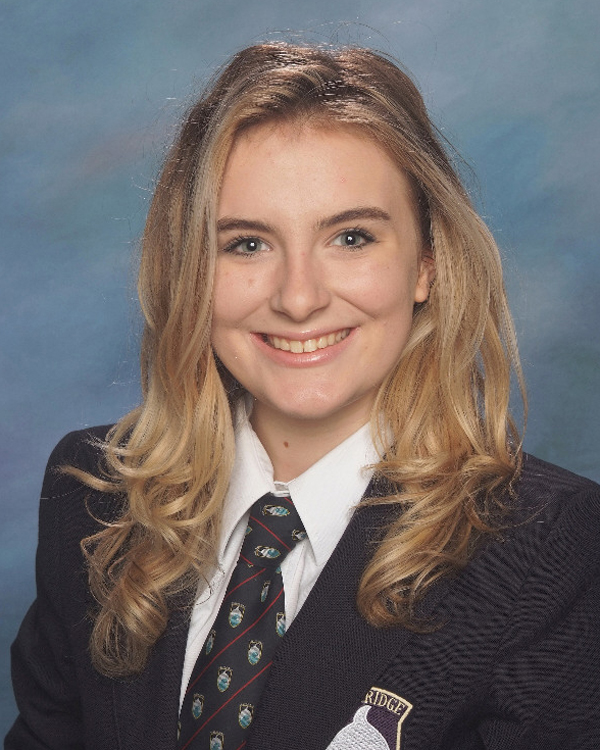 Light flooded into Adam’s world as he forced himself to open his eyes. His mouth felt ridiculously dry, like someone had shoved a cotton ball in it. Adding onto his dry mouth, his head was pounding so hard he felt dizzy.

Groaning, he attempted to lift his head up so he could focus on his surroundings, which didn’t seem like much. The room appeared to be a dark and abandoned warehouse, and the light that was blinding him was from a large gaping hole in the ceiling. Adam attempted to lift a hand to wipe the sleep out of his eyes but struggled to do so when he realized that his wrists, along with his ankles, had been bound to the rusty metal chair that he was sitting on. A weight dropped down in his stomach as he started to grasp the idea that he had been captured by whatever creature he was trying to fight.

As soon as he felt like he was going to be sick, he heard the distinct voice of Orielle scoff in his mind, “Oh come off it. There are worse things than being captured, like, you know, being dead.”

However, the thought of Orielle and the rest of his friends brought a whole new sickness to his stomach. He had no idea where they were and missed them like crazy. Tears sprang to his eyes as he came across this realization. Would they even come looking for him, though? He treated them terribly the last time he spoke to them.

A sound of footsteps coming towards him in the dark broke him from his thoughts.

“Finally! I was beginning to think you were never going to wake up, my boy,” a raspy voice spoke.

Adam squinted into the darkness, trying to make out the shadowy figure.

“Wh-Who are you?” Adam croaked. It physically hurt him to speak because his throat felt like it was on fire.

“You don’t know who I am? Surely, Alexandris told you about me.”

The owner of the voice finally stepped into the light, revealing himself to Adam, who lost his breath at the sight. He was a giant, boney, man who had wrapped himself in a black cloak. His milky skin looked sickening and Adam could see withered hands with long, sharp, fingernails poking out from the baggy sleeves of his cloak. But shocked him the most was the man’s gold eyes that were looking directly at him. With one look into the man’s eyes, Adam knew exactly who he was.

“Osiris,” he breathed out.

A wicked smirk found its way onto the man’s’ face. “So, Alexandris did tell you about me.”

“How do you know who Alexandris is?” Adam snapped.

Osiris ignored his question and proposed one of his own, “where are the other three? My Dooms only brought me you.” He scoffed, like it was a bad thing. “The Earth element, seriously, you’re the weakest one.”

Adam was taken aback by the comment, but deep down, he knew it was true. He felt heat rise to his cheeks and he looked down at his feet, not wanting the god in front of him to see his reaction.

“But that doesn't have to be the case,” the god said, stepping closer to him. “You’re not trained very well, I can tell. Train with me, Adam, and I can help you become the strongest one out of all of them.”

Confusion washed over Adam as he snapped his head up, hazel meeting gold. “I don’t want to be stronger than them, they’re my friends.”

It was Osiris who was taken aback this time, “is that right?”

Adam nodded fiercely at him, not breaking eye contact. “The gifts that we were given weren’t meant for us to be the most powerful beings, they’re just meant to be more powerful than you.”

Osiris didn’t seem fazed by his comment, “Yes, of course. You seem so powerful sitting there in the chair that I’ve tied you to.”

“Well, obviously, I’m not more powerful than you. That’s why there’s four of us.”

“Ah yes, because it’s all about teamwork isn't it? Then tell me, Adam, why are you here alone? Where are the rest of my father’s creations,” Osiris asked leaning down so close to Adam that they were just inches apart. “If it’s all about being a team...where are they when you need them the most?” His long fingernails pierced Adam’s skin, drawing blood.

Both Adam and Osiris whipped their heads towards the source of the voice. Standing there in the light, was Noah, Gwen, and Orielle.

“Finally,” Osiris cheered, clapping his hands together. “Now we can have a little fun.”

Noah and Gwen were on Osiris before he could even blink. A water tornado had engulfed the god, leaving Adam to struggle in the ropes that kept him hostage. But with Osiris stuck in the tornado, Orielle saw the opportunity to run over to him.

“Stay still,” she whispered at him, pulling out a pocket knife. “I don’t want to cut you.”

Adam was feeling anxious but he forced himself to stay still as Orielle worked on the ropes. As soon as he was free, he leapt onto his feet, attempting to get the blood flowing back into his hands and feet.

“Thanks for saving me,” he said. “I’m really sorry for how I was acting yesterday.”

“Yesterday?” Orielle questioned. “Adam, we haven’t seen you in a week.”

“What!” He exclaimed, his mouth opening and closing like a fish.

Orielle nodded, “follow me. You have a lot to catch up on,” she said, grabbing his wrist.

“We can’t just…what about Noah and Gwen?”

“They’re fine, trust me. They’re buying time so I can tell you what’s happening.”

Adam let himself be pulled away from the chaos that was unfolding in front of him. The warehouse that they were in was much bigger than Adam had anticipated because Orielle was pulling him left and right for what seemed like twenty minutes.

The two ended up in a small, dark, eerie room that felt damp and empty.

“Where are we,” Adam asked.

“I tried to take us as far away from the Dooms as possible. Now shut up and listen.”

Adam obliged and listened as Orielle recounted the events that had taken place over the past week. It turns out that the other three had followed Adam into the hidden room where the book was; but whatever magic Adam had done when he tried to defend himself had knocked them all out and when they woke up Adam, the book, and the Doom were all gone.

After calming down, the three decided to start looking for clues on where the monster had taken Adam. They ended up attracting a Doom and followed it (apparently Dooms were invisible to mortals) back to the warehouse. After arriving, they looked for the book.

Orielle rolled her eyes, “we knew that Osiris was probably with you but we also knew that the book would tell us how to defeat him, we wouldn’t have been too helpful if we didn’t have a plan.”

“Which means that if we work together. . . we’re unstoppable.”

After filling Adam in on what they were going to do, the pair ran back to help Noah and Gwen.

“There you two are! Took you long enough,” Noah whined when he saw them jogging towards him.

Noah and Gwen seemed exhausted, which was understandable because it was only the two of them trying to distract the god. Currently, Osiris seemed to be trapped in a hurricane that the two of them had created. Adam was impressed; he’d never seen them do this level of magic.

“How’d you learn how to do that,” Adam asked.

“The book, Adam, the book! Now can we please get this over with,” Gwen grumbled.

“Adam, create an earthquake to knock him off his senses a little bit,” Orielle instructed.

Adam obliged and both Gwen and Noah let their guard down, placing their hands on top of one another. After Adam felt that Osiris was properly disoriented, he placed both hands on top of theirs.

Taking a deep breath Adam glanced up to look at his three friends, “ready,” he asked. When the trio nodded back at him he closed his eyes and counted down, “three, two, one . . . now!”

Adam willed all of the power of the Earth to move through his body and to his hands.

Faintly he heard Osiris start to panic, “What are you doing!”

Closing his eyes tighter, he focused more on the Earth. He imagined that there were vines tying themselves around his ankles, making him become one with the Earth. His hands and tattoo began to feel hot, like they were on fire.

Fluttering open his eyes, he looked down to their hands and saw that a glowing, gold, string had sprouted from all of their tattoos and wrapped itself around their hands, connecting them. Hearing an agonized yell caused him to snap his head up from their hands, to where Osiris was standing. Osiris began to fade away before his very own eyes and with a blink, the god of death vanished.

Orielle was the first to remove her hands from the pile. “We did it. I can’t believe we did it,” she whispered to herself, sounding amazed.

Adam himself was still in shock until Noah dragged him into a bear hug. As soon as Gwen and Orielle joined the hug, he felt a weight being lifted off his shoulders. They had done it.

After the four had defeated Osiris, they had decided to head back to their university, where it had all started. Adam was happy to be back but he had to admit, he missed the adventure out on the road. Gwen had thought that maybe their powers would disappear after they had completed the quest but, as of now, their powers had remained.

Currently, Adam was having a nice nap in his dorm, until he was awoken by a pillowing hitting him in the face, hard.

“Where have you been,” Evan, his roommate, yelled at him. “You disappeared for a month, dude! You had me worried sick!”

“Aw, Evan. You were worried about me.” Adam said groggily.

Evan huffed, “Hardly. Actually, I barely even noticed that you were gone.”

“Sure,” Adam said sarcastically, reaching over to grab his phone from the nightstand.

Checking it, he had one text from Orielle.

We’re all at the coffee shop near the library. Come now!

Adam smiled softly as his phone and focused back on Evan. “What do you say about meeting up with some of my new friends?”